Kashmir - A lost cause?

Kashmir is burning once again.. but this time there's a difference.


Earlier protests in 2010 were against the unquestioned rapes, false encounters and custodial killings of innocents by those who were wielding the power of AFSPA. There was no accountability of the actions perpetrated by people who were ostensibly in Kashmir to maintain peace which made some of the peace-keepers misuse their authority {Read - Human rights violations in Kashmir}. Bullets were fired on protesters killing adults and teenagers alike which intensified the protests further thereby giving the establishment a new reason to further up the ante against the protesters. It was a vicious cycle which took a really long time to control. {Read more here - The Kashmir Conundrum}

This time around though, the protests are NOT against the killing of an innocent bystander but the death of a KNOWN terrorist in an ambush that wasn't even meant for him in the first place! The authorities were as much taken aback by his presence there as he must have been on seeing them. To cut the long story short a young radical terrorist was gunned down by the forces and there is every reason to be proud of their achievement.

However, his killing has been met with unexpected and exaggerated backlash from the Kashmiri community in the form of violent protests. The troops have used non-lethal weapons for most part but still it has ended up grievously injuring many of those who are protesting. Entire valley is in a state of curfew once again and internet as well as cable has been blocked at many places. So who was this terrorist who as the ex-CM of Kashmir Omar Abdullah, based on his unwise and inflammatory comments, seemed to be so much in awe of? You must have read the name of Burhan Wani by now, the so-called poster boy of terrorism in the valley. What you may not know is that he was not just another boy gone astray but a man full of hatred against India who did not waste any chance of using social media to brain-wash more kids to join the holy jihad against the infidels (Indians). In the process, he found it completely justified to kill innocents because being kafirs their lives did not matter.

Sample some of the tweets shared by this terrorist:

The dead terrorist being hailed as s hero 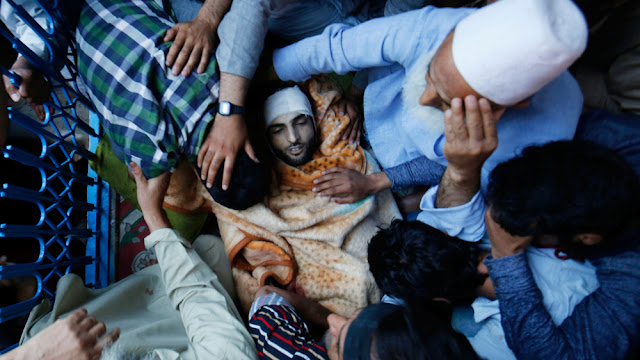 People in the valley are protesting against the killing of this guy who wants to turn Kashmir into a battlefield not just for the sake of Kashmir but for the sake of Islam and THIS is the reason why the current protests can not and should not be supported. As per the Kashmiris themselves their problem with India is of territorial independence but now that the agenda seems to have been hijacked by the Islamic radicals, there seems absolutely no argument that can be given in support of the protesters and stone-throwers. More so because there's a clear backing of Pakistan to this entire issue which has raised it's ugly head again. 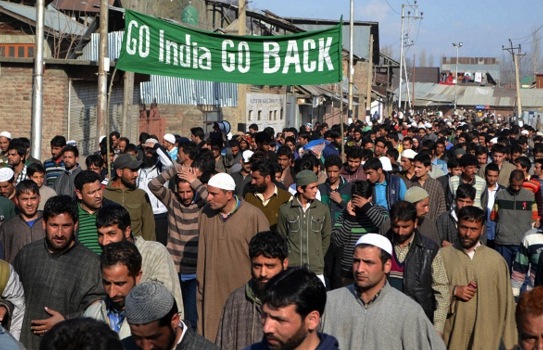 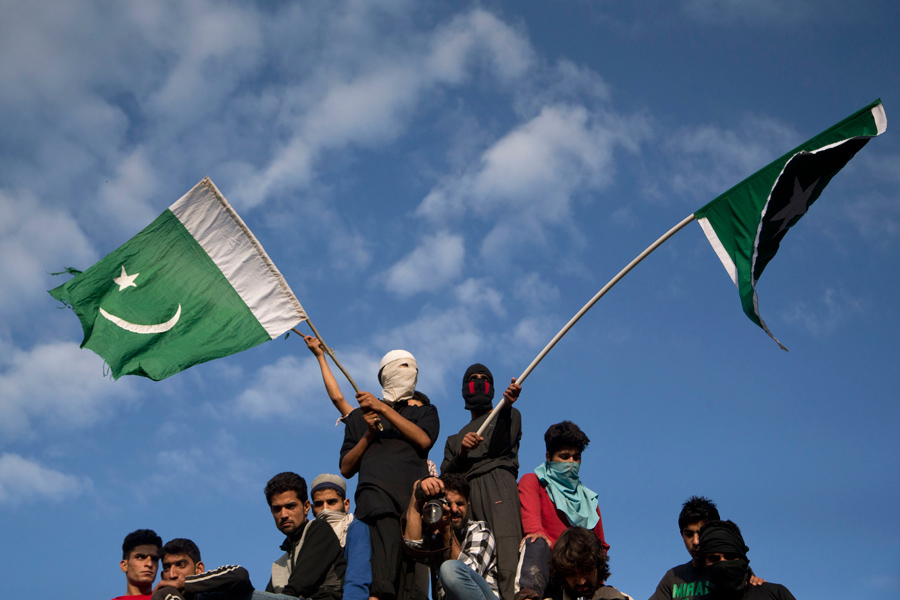 India is NOT an Islamic or Hindu state nor will it ever turn into one. At its very core it remains a nation of tolerance and true secularism so whether it is Sikhs who want to break a part of it into Khalistan or Kashmiris who want to establish an Islamic Caliphate or even far-right wing Hindus who wish to turn the entire country into the majority religion, none of them should be allowed to succeed.

Kashmiris are living in a dream world if they believe that India would ever let them join Pakistan just by virtue of it being a Muslim majority state. By showing their support to Pakistan openly as during the funeral of the terrorist they are only making their case more difficult. If the call had been for Azadi or Independence like it was in the 2010, they would have still got support from certain quarters but the more they talk about joining Pakistan the more they diminish the possibility of that ever happening!

Our media as usual is also not helping with some of the channels as well as newpapers reporting the terrorist's killing as if a hero had died. It is in the benefit of all those who want to see Kashmir peaceful and prospering that they stay away from rhetoric and not idolize such terror-mongers. With a genuine hope to see my brothers and sisters in Kashmir get a better life I hope this madness is controlled otherwise we would keep seeing the same images from the valley every couple of years and Kashmir shall soon become a lost cause! 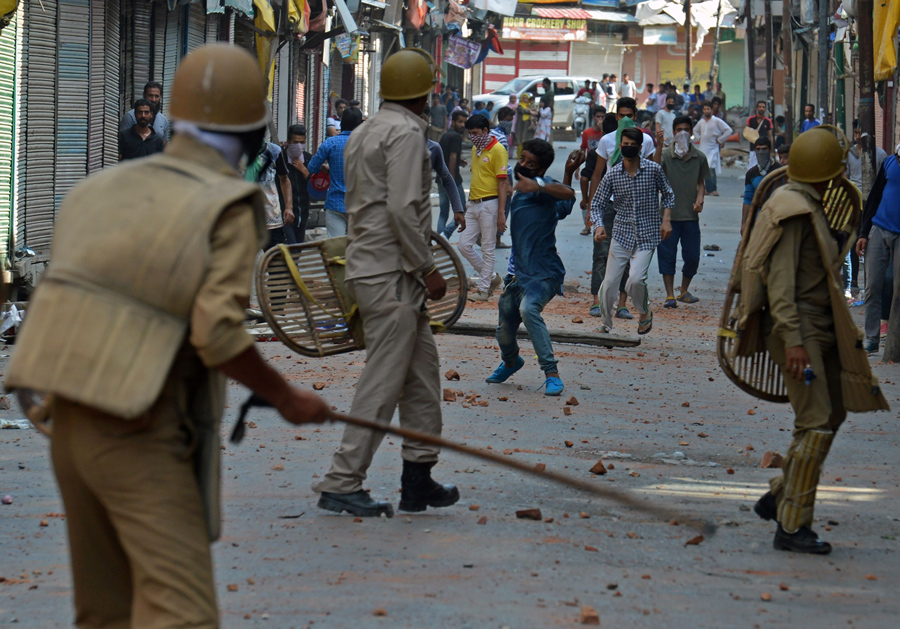