It has happened again... the hand of terror has hit Mumbai with such power and force that the city is still reeling from its effects.. more than 190 are dead and 300 injured, there have been blasts at Ville Parle, Hilton towers, Taj hotel and even Cama & GT Hospitals(!!) two taxis have been blown to smithereens, there was firing still going on at CST and Taj for two days and terrorists were throwing grenades out of a five star hotel while holding hostages inside!! 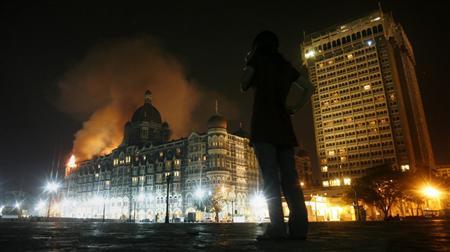 I was numbed into silence and cudn't seem to get myself out of this trance like state... didnt feel like talking to anyone, just wanted to sit and cry... and vent out my anger for these dastardly acts of terror... so many dead, so many injured...

What action or motive justifies this killing of innocent people??? which god gives these people the sanction to take the lives of innocent men and women?? does the agony and trauma of the common man not mean anything?? how does one wrong correct another wrong??? there are so many questions but no one to answer them.. In fact there are no answers... and while politicians start the blame game and play politics with the current tragedy, commandos risk their lives trying to flush out terrorists, people keep dying and Mumbai keeps burning..  Policemen helplessly watch Taj break into flames  Taj burns.. its like a nightmare! 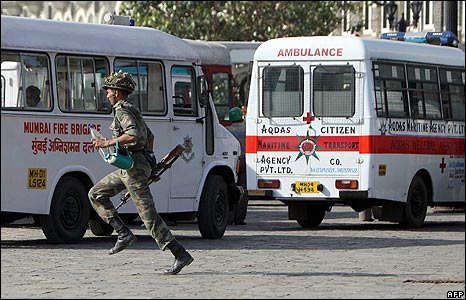 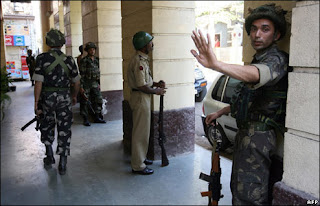 Ambulance vans outside the Taj, hostages escaping through the windows, Army outside the Taj corridor,  Injured being brought out to the ambulance, hostages running for their lives at Trident Hotel 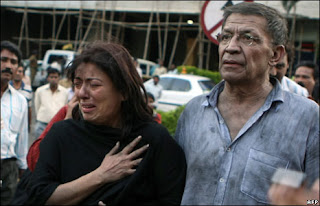 and snipers pointing at Nariman house.. all these scenes thrown at us from the television screens just filled everyone with more despair than hope!!


With all this happening once again in our country, the question remains.. what are we going to do about it.. this question is for you.. and for me.. are we, the youth of India, again going to just sit back and watch the events unfold in front of our eyes, or are we going to take things in our hands and do something about it!!


Will we keep watching our brothers and sisters being killed mercilessly everytime a psychopath decides to fling a gun and throw grenades at us?? Or will we decide to take things in our hands to make sure something like this never happens again?

Our FATE is in our Hands.