Was reading an extremely interesting article today that said - 'Trauma in Kashmir is like a heritage building. They want the wound of Kashmir to endure because the wound is what indicts India for the atrocities of its military.. If the wound vanishes, does India simply get away with all those rapes, murders and disappearances?'

The words hit a chord in my heart. How indeed would India get punished for the sins of its forces? Judging by the news splashed all over the papers today, it won't be long before the condition again turns volatile! Whenever there is a case of misuse of power in the valley, the protesters no longer rally against the Army or the notorious AFSPA. The protests are against the INDIAN STATE now.

They burn the Indian flag, abuse the motherland, call Indians dogs.. yet, can we Indians keep putting the blame on Pakistan forever and wash our hands clean of all responsibility?? 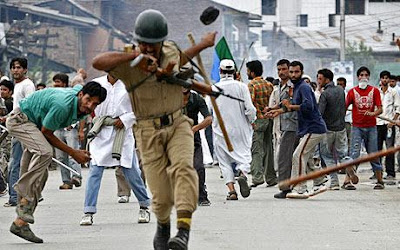 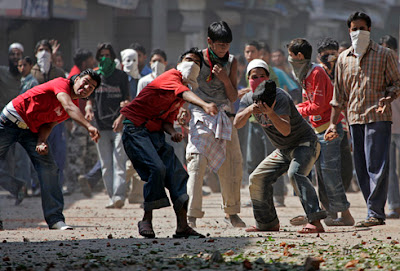 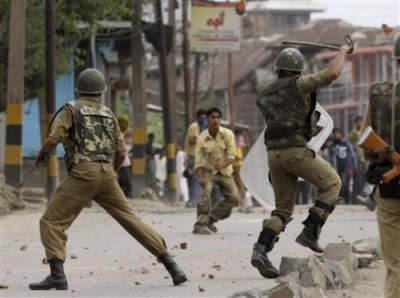 I had a harsh argument with a Kashmiri friend living in Delhi. He had posted an anti-India status on FB and I could barely restrain myself from retorting that if he had so much problem with India why the hell was he living here??

As Indians we can't see our motherland being rubbished because of what some trigger-happy morons are doing in the valley! But, for an average Kashmiri, the forces and politicians are the only face of India and we all know how clean their record is..

My friend stated that Indians don't stand with the Kashmiris and support them but my point is, how many Indians ACTUALLY know what's going on in Kashmir??? Blame it on our busy lives; blame it on our short attention spans or blame it on the media that seldom (if ever) presents the citizens' point of view from Kashmir, the truth is that an average Indian has NO CLUE what the real state of affairs in Kashmir is. 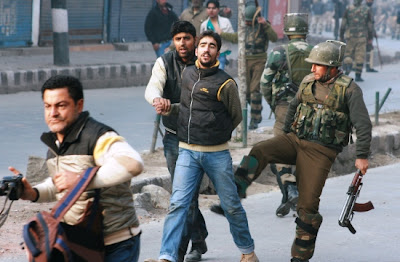 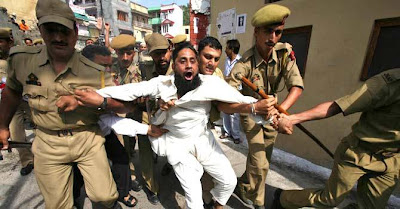 Almost a lakh people have disappeared in Kashmir over the past two decades which saw first the genocide and eviction of Kashmiri Pandits, then Pakistan sponsored bloody terrorism followed by Indian army-managed fake encounters!


Human Rights Watch has documented many cases of misuse of the Armed Forces Special Powers Act or AFSPA in Jammu and Kashmir, such as the killing of human rights lawyer Jalil Andrabi in 1996 and the student Javed Ahmed Magray in 2003. In both cases, when police inquiries identified the perpetrators as members of the armed forces, they were shielded by the impunity offered by the AFSPA.


When my friend told me that Indians never support them in their rightful protests I accepted that but there are two sides to this question. When have Kashmiris supported people in the rest of India?

The entire country was rocked by a series of protests against the rampant corruption and innumerable graft scams; yet, Kashmir chose NOT to participate. There were people on the streets in Delhi demanding better treatment of women in the society which is as much an issue in Kashmir as elsewhere, yet they did NOT participate. It has to be a two-way street!

If Kashmiris come forward and raise their voice against these issues with the rest of India, people would definitely help them in their fight against injustice!

NO DOUBT, there is an element of cross-border state-sponsored terror machinery waiting to up the ante in Kashmir; true there are elements that nudge the Kashmiri youth at the slightest provocation to erupt against the Indian state; true the Kashmiris have never felt a part of India.. BUT, what is EQUALLY true is that the Indian Govt. and Military have failed to build the credibility with Kashmiris and more often than not, there is a grievous, unheard, unresolved complaint when the protests turn violent in the valley. We ourselves are creating the circumstances that outsiders especially Pakistan can take advantage of!

When Kashmiri Pundits were thrown out, it was the RESPONSIBILITY of the Govt. to make sure they were safe in their own homeland. Instead, lakhs of people had to flee in the middle of the night, hounded by Pakistan backed extremists, turning up in different parts of the country as homeless refugees. Today, the same Govt. is stifling the basic rights of Kashmiri Muslims and justifies any strong action by playing the 'Pundit' card.

But two wrongs DO NOT make a right!

We still remember the protests in 2009-10 when this madness started and their shoddy handling by both the Central and the State Govts. {Read Human Rights Violations in Kashmir} for more on what happened in Kashmir then}. All that was needed to set things right was to punish the guilty and things would have returned to normalcy. instead, what followed was a systematic subjugation of valid protests much like we saw in Delhi recently where protesters were roughed up and the guilty were not even identified!

Unlike Delhi though, the protests in Kashmir turned violent and anti-India rhetoric was heard and this gave another pretext to the Govt. to use firearms for the safety of its own forces which ended up in the deaths of 15 more protesters! Within a span of few months, all the goodwill gestures by earlier Govts., millions of rupees spent in subsidies, and the GENUINE efforts of security forces in protecting our Nation were rendered useless.

We have to accept the fact that the people in our forces are NOT angels who have dropped from heaven above! They are as much human as us, and can also give in to anger, lust, greed, avarice like any one of us.

In any other profession this is what would normally happen - a cricketer who is not performing is thrown out of the team, a doctor whose negligence leads to patient's death is barred from practice, an accountant who screws up his company's financials is given the boot. WHY not the same treatment with the forces? 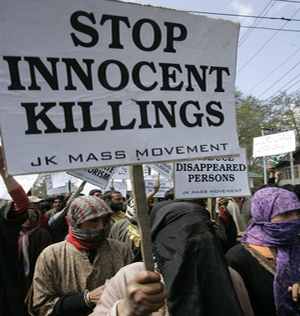 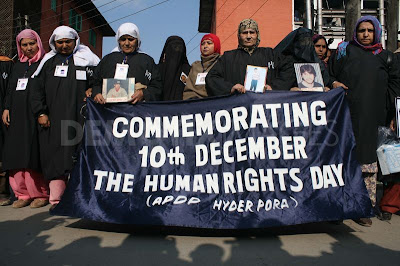 Such a blunder, that could have been easily avoided simply by apprehending the guilty and punishing them in front of the people of the country so that everyone knew what was happening in Kashmir.

One simple step would have brought the situation from the brink of destruction back into the fold of normalcy and united the people of Kashmir with the people in rest of India who undergo the same high-handedness by forces every single time they come out to protest!

Even today, there seem to be no efforts towards this and it may perhaps already be too late! But whether it brings the Kashmiris back into the mainstream or not, a heart-felt sincere APOLOGY and PUNISHMENT to all those who have abused the draconian AFSPA in Kashmir (AND other disturbed states), would go a long, long, long way in bringing peace to the hearts and minds of every citizen.

The sensible conclusion to the Kashmir conundrum would be holding a plebiscite involving all the people of Kashmir right from Ladakh, Kargil, Kashmir, Jammu, Poonch and other far flung areas and ALSO taking into account the wishes of the Kashmiri Pandits who were forcibly thrown out of their land earlier. Only that can bring closure to ALL the people involved in this issue.

We agree the problem is complex and there is no simple solution, but sincerely hope and pray there is someone in the center who can actually take this difficult step for the sake of the future of both the citizens of Kashmir, as well as those living in the rest of India. Otherwise, both sides will continue on this long, winding, bleeding pathway to destruction.. 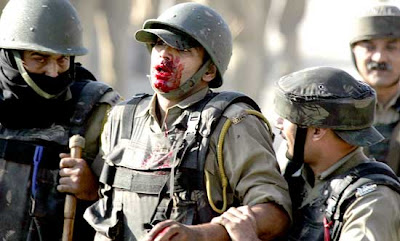 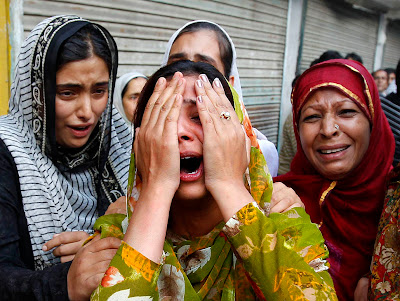 Hoping Peace will get a chance in Kashmir
JAI HIND!


Skeptics, please check these links to read for yourself the situation in Kashmir: