America is withdrawing troops from Afghanistan and India is worried.

The recent visit of U.S. Secretary of State, John Kerry has done little to assuage the fears of Indian authorities and quite justifiably so, since the US pullout will leave the stage open for the resurgence of Taliban leading to another civil war between the elected Hamid Karzai government and the Pakistan backed terrorists.

Most political analysts don’t find the fears exaggerated considering the latest developments regarding Taliban. What was earlier a banned military outfit composed of fanatical, brain-washed mercenaries, has now opened a POLITICAL OFFICE (!) in Doha, Qatar and have even labelled it as an outpost of the ‘Islamic Emirate of Afghanistan’!! 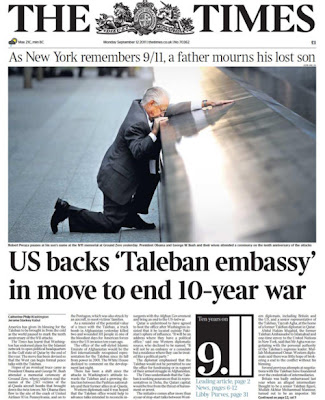 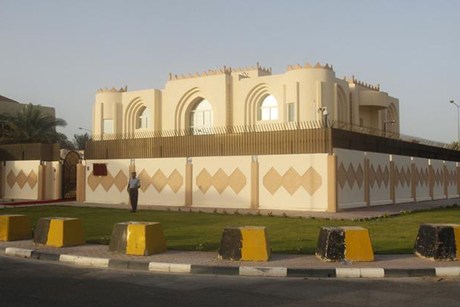 To add fuel to fire, after they pusted them in 2001, the US has today agreed to meet them for talks putting the Afghan Govt in a predicament! After President Karzai expressed displeasure, the Americans have asked the Taliban to take down the flag and the plaque as a pre-condition to talks.

Someone has truly said - Life is full of ironies. With Taliban, the Americans have come a full circle.

William Dalrymple, the bestselling writer and acclaimed British historian, ominously writes in his essay {A Deadly Triangle: Afghanistan, Pakistan and India} that in reality, the US, UK and NATO are playing little more than bit-parts and would pretty soon exit from the scene.

At its heart, the conflict will remain entrenched between the nefarious policies followed by Pakistan and its paranoia about getting trapped in a pincer hook if India has influence over Afghanistan. The problem gets compounded because the ethnic races of Pakistan and Afghanistan, especially the Pashtuns, overlap to a considerable degree.

While President Karzai is pro-India and belongs to the dominant Pashtun clan, there are ethnic inequalities within the Afghan people. Taliban is formed of predominantly PASHTUN tribes and the Karzai government is seen as being more biased towards the other ethnicities of Tajiks, Uzbeks and Hazaras. According to Dalrymple, 70 % of Afghan army officers today are Tajiks and the Pashtuns who form 40 % of the population are not very happy with the condition even if they do not express it openly.

India is doing a lot of good work in Afghanistan - building hospitals, roads, the Parliament, even to the extent of developing a rail route between Iran and Afghanistan so that its dependency on Pakistan can go down. Needless to say, Pakistan would not take this lying down and we can expect fireworks sooner or later. The newly elected Nawaz Sharif Govt. too will not leave any stone unturned in turning the situation in its favour. 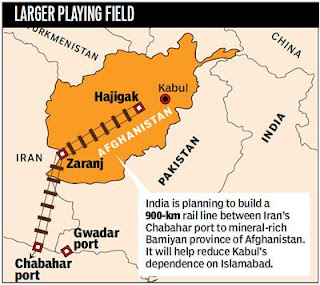 Let’s hope Indian Govt, for once can show some mettle while dealing with its rogue neighbors and help establish the democratic government in Afghanistan firmly. Only then, the region would be able to stem this tide of failing states and move towards peace and prosperity.