The TOI Headline a few days back read -

Ignoring the play of numbers, would thank the Judicial system of our country to have finally punished the perpetrators of such heinous crimes. With the punishment given to Hindu rioters in Gujarat for killing Muslims Indian Judiciary has taken a step forward..

But what is the condition in our neighboring state which keeps alleging Human Rights violations by India on its minorities? What is their own record in this respect??

Hindu and Christian representatives say forced conversions to Islam have become the latest weapon of Islamic extremists in what they call a growing campaign against Pakistan’s religious minorities, on top of assassinations and mob intimidation of houses of worship. The groups are increasingly wondering if they still have a place in Pakistan. 19-year-old Rinkal Kumari disappeared from her home in Pakistan’s Sindh province at 4 am. When her parents awoke they found only her slippers and a scarf outside the door. A few hours later her father got a call telling him his daughter had converted to Islam to marry a Muslim boy. 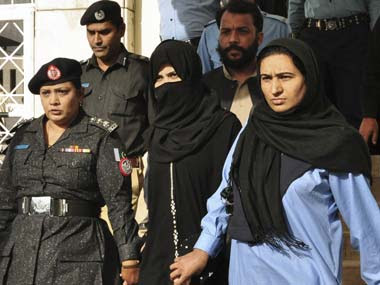 Only days later, Seema Bibi, a Christian woman from Pakistani Punjab, was kidnapped along with her four children after her husband couldn’t repay a loan to a large landlord. Within hours, her husband was told his wife had converted to Islam and wouldn’t be coming home.

Mercifully for her, Seema Bibi escaped, fled the village and has gone underground with her husband and children.

In the last four months, Amar Lal, the lawyer representing Kumari in the Supreme Court said, 51 Hindu girls have been forcibly converted to Islam in southern Sindh province, where most of Pakistan’s minority Hindu population lives. The video I am sharing here opens up a Pandora's Box and brings to fore the True state of affairs in the Islamic State of Pakistan.

Pakistan not protecting the rights of its minorities

“Christian and Hindu girls are targeted more and more,” says Father Emmanuel Yousaf, who heads the National Commission for Justice and Peace, an organization born out of the Catholic Bishop’s Conference.

“In Pakistan one’s religious faith, or lack of one, has become sufficient to warrant execution and murder,” Pervez Hoodbhoy, a physicist and peace activist wrote in a column earlier this month. “The killers do their job fearlessly and frequently.” 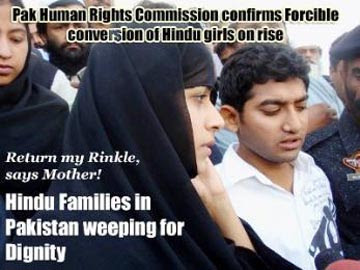 There are dozens of cases of minorities being accused of insulting Islam under the country’s controversial blasphemy laws. Often the cases are rooted in disputes with Muslim neighbors or as coercion to convert, and judges often feel intimidated by extremists into convicting accused blasphemers, said Yousaf. “They know where you live and where your children go to school,” he said.

A report released last week by Yousaf’s justice and peace commission laid out a series of grim statistics about minority women in Pakistan.

The study surveyed 1,000 women, a staggering 75% of whom said they had been sexually harassed at the workplace because of their religion, discriminated against in schools or pressed by teachers to convert to Islam.!!! 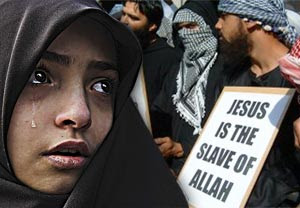 The violence has cowed Pakistan’s liberals and frightens even Muslims.“Extremism is a problem that is not just targeting the minorities. It is now a general problem in our society,” said Ijaz Haider, whose Jinnah Institute’s website carries an Extremism Watch documenting cases of attacks and intimidation by militants. “The liberal mindset has had a severe setback and the government has no strategy. It tries to do damage control, and damage control is to placate these groups.”

The purpose here is not to blame a particular religion or country but to bring to light the duplicity within certain states which have been harboring and promoting terrorism and fundamentalism of the Worst kind since their inception.They are indeed the so called children of Satan who do not respect the teachings of Love and Humanity within their OWN religious faith.

Here are some links for those interested in knowing more about the Rinkel Kumari case:


Perhaps more than the religious hatred, it is a matter of Justice.

Is the Pakistani judiciary capable of sentencing the perpetrators of these crimes? Indian courts have awarded death sentence to 18 people from the majority community for hurting the minorities, in the worst riots in the country. The Pakistani terrorist Ajmal Kasab, the messiah of madness, has been given more than a fair trial in Indian courts and is YET to be hanged!

But can we expect the same to happen in Pakistan?? It is sad to see people celebrating by a show of strength and firing bullets in the air when a 19 year old Hindu girl is abducted and converted forcibly in Pakistan. 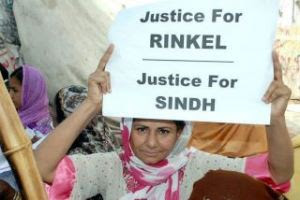 It is sad that even today, RELIGION holds such sway over people that they lose control of their HUMANITY. Wondering what Life has to offer to these families.. Sign the petition below by Pakistani Hindu Post to protest against these injustices meted out to innocent women and children.

Protesting-against-atrocities-on-Pakistan's-minorities
Posted by Dr. Vineet Aggarwal at 2:44 AM No comments: