Mumbai gets its own NSG

Finally Mumbai will get its own NSG unit. The effectiveness and efficiency of the National Security Guard commandos and their skilful handling of terrorists had made the Maharashtra state government realize that Mumbai which should have its own unit. 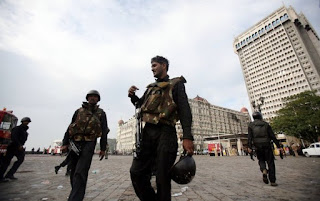 Two months after taking the decision, the state government and the Centre have finally agreed on 23 acres of land at Marol, Andheri (E), for the NSG to set up its base. However, considering that the city is already bursting at the seams, finding space for a Mumbai base for NSG was a difficult task. Several suggestions later, the land which was meant to house the Mumbai Police HQ, was found ideal for the purpose. Four top NSG officials recently inspected and approved the location at Tungwe village in Marol. They were joined by officers of the state police headquarters and Mantralaya officials. 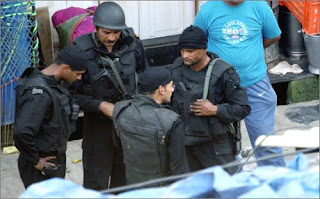 Mantralaya sources said that after the NSG approved the land, the state government had given its formal consent to the proposal. However, it will now be the Central government’s job to release funds for the base to be set up. Once the funds are released, the Maharashtra government will formally transfer the land to the NSG. The state police would assist the NSG in setting up the infrastructure at its new base.. I believe it is a step in the right direction as it will cover the southern part of the country effectively and reduce the delays that were seen in the case of 26/11 attacks. On 26/11, after the terrorists struck at around 10.30 pm, the Ministry of Home Affairs quickly decided to send the NSG to fight the terrorists. The orders were issued, but the NSG men were at their headquarters in Manesar in Haryana. They were first driven to Delhi, where an IAF transport aircraft flew them to Mumbai, wasting four precious hours. After the operation, the MHA as well as the state government decided that an NSG base in Mumbai was a must considering the city's history of terror attacks. The then CM Vilasrao Deshmukh immediately started the process and offered several places for a base and the site at Tungwe is in the heart of the city and strategically located close to the domestic and international airports. This would make it easy for the commandos to move even to places outside Mumbai. Also, the centre would act as a psychological deterrent for those indulging in such terror acts. Wishing all the best to everyone involved in the building of this the new centre and I hope that it will be completed soon to help avoid such an attack being repeated in Mumbai! Amen
Posted by Dr. Vineet Aggarwal at 11:32 AM

Email ThisBlogThis!Share to TwitterShare to FacebookShare to Pinterest
Labels: Mumbai gets own NSG

Nice blog. Only the willingness to debate and respect each other’s views keeps the spirit of democracy and freedom alive. Keep up the good work. Hey, by the way, do you mind taking a look at this new website www.indianewsupdates.com . It has various interesting sections. You can also participate in the OPINION POLL in this website. There is one OPINION POLL for each section. You can also comment on our news and feature articles.

Note:: Last week we have had some problem with the server due to which we could not update news and articles on time. However, that problem has been resolved now. We appreciate your patience and support.

Kindly go through the entire website. Who knows, it might just have the right kind of stuff that you are looking for. If you like this website, can you please recommend it to at least 5 of your friends. Your little help would help us in a big way.

It is a good step indeed!

Yes Atul it can make things a lot more easy and cut down on the response time for the NSG in case of another such emergency!