The 'Ten Year Challenge' seems to have caught the fancy of netizens all over the globe and I have to admit that I myself have fallen prey to it in a way. Ten years is not a really long period in terms of history where we are used to talking about centuries and millenia, but it is definitely a long enough period to help us take stock of the direction in which certain things are headed.

I started this blog on 30th November 2008 in the aftermath of the 26/11 attacks on Mumbai perpetrated by Pakistani terrorists so when the ten year challenge began it made me realize that this would perhaps be the perfect time to analyze the direction our country has taken in the past decade. My first blog post was titled - Mumbai under seige and it exhorted the youth of the nation to come out and do something to protect us from this repeated carnage and join the organization we had created - F.A.T.E. or the Fraternity Against Terrorism & Extremism. For those who may have forgotten, this video is a stark reminder of the reality of that year's events and maybe you should check it out before I move ahead with my thoughts:

The kids of today may never understand the situation that existed exactly ten years ago. We were being bombarded with bullets by terrorists in different parts of the country and almost every year there was a major bomb scare whenever the time came for an important festival or a national celebration like the Independence Day.

Our ragtag efforts at creating and sustaining F.A.T.E. however didn't go far but I kept the fire burning through the blog posts, sharing updates on events that were disturbing the peace of our country as well as events in our neighborhood that could have a direct impact on us. But recently, when I attended the launch of a book titled '26/11 Unforgiven by Retd. Lt. Col. Manish Jaitly' I was again reminded of the 'josh' that I was filled with ten years ago.

The book is a fictional story of how when the government and establishment of the country fail to step up to take revenge from the perpetrators of this heinous crime, one man whose only remaining family is gunned down in front of his eyes, takes it upon himself to teach Pakistan a lesson. Coming on the tenth anniversary of the dastardly attack it seemed to me to bring to our notice the apathy that our erstwhile establishments had for the citizens and their lives. 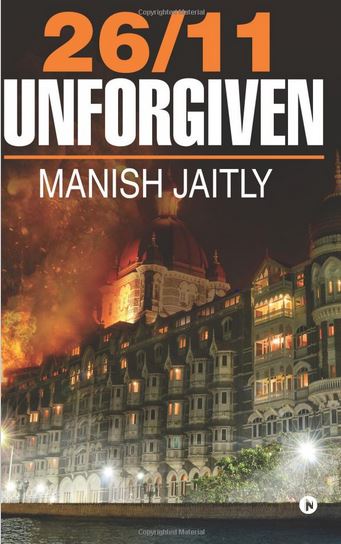 The organizers 'Indica Book Academy' very thoughtfully invited some of the heroes of that night - a nurse from the Cama Hospital who saved the lives of a score of pregnant women and the railway announcer who made frantic announcements at CST Railway Station to warn the commuters to disperse out of the way of terrorists potentially saving thousands of lives! With civilians as brave as these people, it is no wonder that we manage to rise against adversities every single time.

But is that enough? Do the governments at the central and state levels have no responsibility to safeguard their subjects?

Over the past ten years, I have campaigned for human rights in Kashmir, supported the movement led by Anna Hazare against the  then rampant govt. corruption, talked about the treatment of minorities in our neighboring countries, the progressive loss of secularism in our own nation, as well as rising violence against women and regionalism taking a toll on our nation's progress.

Some of these still remain complex issues that need to be sorted out with patience and sensitivity but today, after ten years of starting the blog, I am happy that India has transformed from a country that didn't have the guts to retaliate for 26/11 attacks to the nation that can not only push back the terror mongers but also go inside their territory and teach them a befitting lesson!

This is what a decisive leadership is supposed to do. America did not let the duplicity of Pakistan come in the way of grabbing Osama from his hideout right in the heart of the same nation that has been attacking us since it broke away. Why should India not do the same is the question many have asked and the answer lies in the lack of spine in our erstwhile leadership at the centre. Fortunately, the government in power today, whatever its perceived shortcomings by various set of people for whatever reasons, does not suffer from the same cowardice as the previous 'mili-juli' sarkars that couldn't even safeguard their citizens leave alone take revenge for the crimes committed on them!

Nowhere is it more apparent than in the morale of the security forces who not only avenged an attack on their brothers in Manipur with a surgical strike in Myanmar but also destroyed the Paki terror bases in POK in retaliation to the cowardly attack on sleeping Indian forces in Uri. A story that is beautifully, albeit a little dramatically told in the recent movie titled 'Uri'. 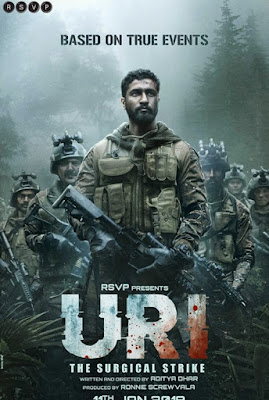 Unfortunately many so called liberals in the country have criticized not just the movie but also the actual strikes by the Army! Few political parties like the INC have even gone so far as to say that the strikes never happened. Since public memory regarding political events is short let me remind everyone reading this post that this is the same party that in 2012 had even feared that a military exercise was actually a ploy to stage a coup and overthrow the Manmohan Singh government! {Read this for more details - India’s government lies about 2012 military coup fears}

For me, to be able to live in my own country without having to worry about my safety everytime I step into a crowded train, or go to beach for Ganpati celebration, or even the cinema hall on the Republic Day is the biggest 'Ten Year Challenge' achieved by our nation. There is no doubt that this change has come from having a decisive leadership at the centre and I would sure keep hoping that people realize this difference and vote sensibly in the upcoming elections.

We Indians have suffered all through our history because of in-fighting between various tribes, kingdoms, religions, ideologies but maybe it is time to think of something bigger than our own parochial interests. It is time to stand with the forces and for the country and do our bit in whichever way we can. 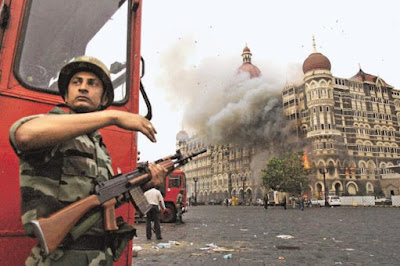 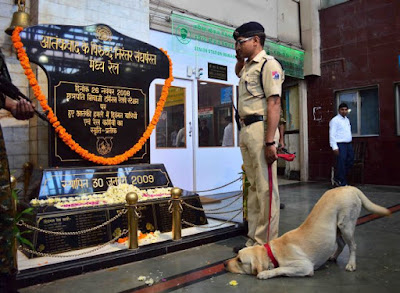 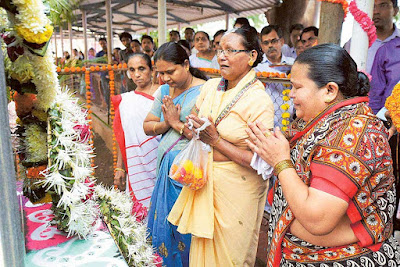 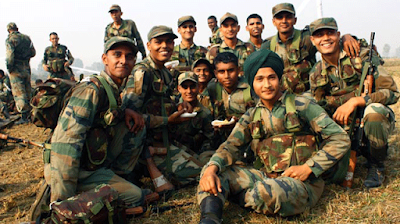 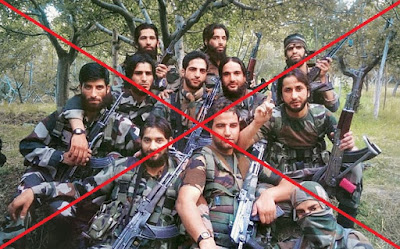 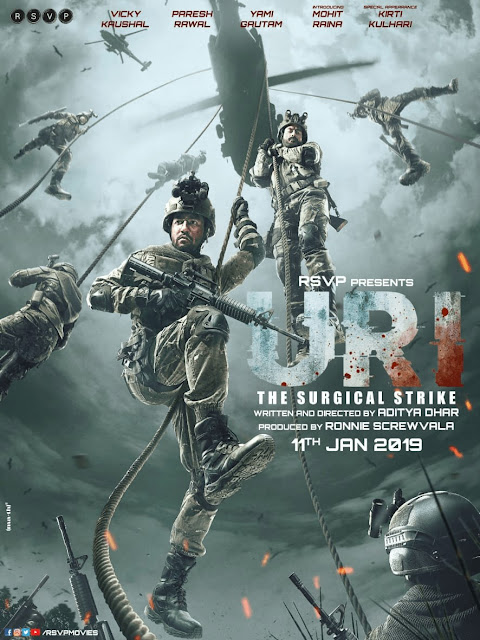 I pray I would never have to rewrite a post like the one I started this blog with and would wrap up this post with my favorite dialogue from the movie 'Uri' - Ye naya India hai, ye ghar mein ghusega bhi aur marega bhi!

Email ThisBlogThis!Share to TwitterShare to FacebookShare to Pinterest
Labels: The Ten Year Challenge

Loved it.
To be honest...I don't even know abt this genre of urs in blogging.
Very engaging and thought provoking.

Well written.....yes the fate of the country lies in our hand and people need to choose the right leader.... Else we will keep condemning the attacks like we used to do in past....i hope yeh naya India will stay forever.

This post has made me realise what India was and is in
Last 10 years and yes salute to to Indian army as well... thanks for writing this

Amazing blog 👌👌 "It is time to stand with the forces and for the country and do our bit in whichever way we can." And if we cannot do even this much, let's not question their credibility. Yes, Ye Naya Hindustan Hai 🇮🇳

The country is ours, and it's our duty, not only of the armed forces, but also ours to love, respect,take care, and protect it.
Couldn't agree with you more, Dr Aggarwal.
Jai Hind!

Very commendable thoughts but I think in the long run unless the coming generation is taught to value the Armed Forces and Police Force we will always face biggoted opposition.At the same time the said Forces must also maintain its respect by bring incorruptable and completely impartial to any polituxal party.What matters is the protection of the people.

This should be read by Modiji... A new India has emerged. Hope it comes out strong and powerful .Jai hind

Beautiful way of showcasing the transition of a new India! Thank you for sharing this amazing thought. I've got to watch URI soon.

Vineet this is just superb 😍😍😍 Loved it totally. India has changed a lot in these years esp when it comes to getting aggressive in fighting against terrorism 👏👏👏